Well, it didn't take long for me to fall behind on posting about my adventures. I guess the good news is that I've managed to do a ton of fun things recently on top of all my other commitments.

I've been to Shakespeare in Delaware Park several times so far, mostly because I'm a Shakespeare fanatic. That and, oh yes, because live theatre, performed by the side of a lake, which is BYOB, and is free...well, that's just all sorts of awesome. 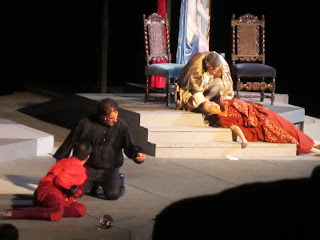 This year's production of Hamlet was one of the best theatre productions I have ever seen. The actors were phenomenal and everything was just right. It doesn't hurt that Hamlet is just about my favorite Shakespeare play ever written. I saw it with my friend, who co-directed a Shakespeare play with me in college. I was hesitant about the show being so long, but we were mesmerized the whole time and would have stayed twice as long. 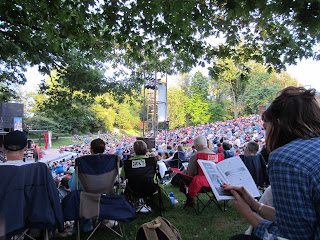 I love the vibe at Shakespeare in the Park. Hundreds of people come just because they enjoy it, and you can relax in bare feet with a beer if you want, or talk to a nice grandma with her little dog, or both. We had perfect, mild summer weather (July 12th) and thoroughly enjoyed ourselves. Make sure that when you go, you donate at intermission. It's technically free but I want to see them around another 38 years! 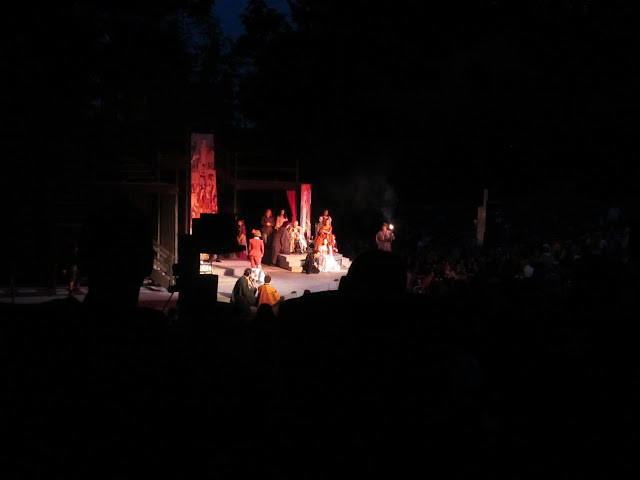 Posted by Unknown at 1:00 PM
Email ThisBlogThis!Share to TwitterShare to FacebookShare to Pinterest