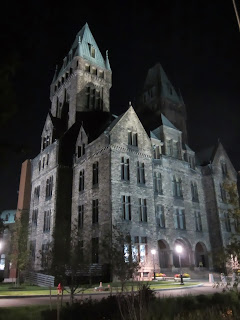 One of my favorite structures to catch sight of is the Richardson Olmsted Complex. Located next to Buffalo State, the structure is massive and imposing beyond the dreams of some European castles. It was built as a state-of-the-art insane asylum that emphasized socializing and physical activity. For a great synopsis of the building's history from 1870 on, see the Richardson Olmsted Corporation's website.

In October 2013 I was lucky enough to take a tour led by my friend Krystal. Check out her post about what it's like to be a docent for some of Buffalo's most interesting places. My friend Zan also was on the tour, and wrote about it on her blog. I'm happy to add my two cents to theirs because my grandmother was curious to hear about the building that shares her maiden name. She grew up in Lockport and has great memories of Buffalo, so I hope she'll be a guest blogger soon.

The inside was incredible, although we couldn't take pictures of it. There were huge hallways, piles of plaster on the floor, and large ribbons of peeling paint. We walked into rooms that used to be inmates' bedrooms, a room with flame marks licking across the walls, and one room that used to be a barbershop. The chairs and mirrors were all still in place under a coat of dust, as though they had been used a few months ago instead of decades. 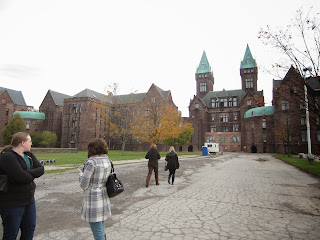 It was amazing to see the state of the place and to imagine what it would be like when it was restored. It also helps you to see how far they have to go, with the size and the amount of damage. That was probably the most exciting part for me - thinking about coming here again every 5 years or so to see the progress and be able to say "I saw it back when..."


Below: you can't even see the whole complex in the first picture. The second picture shows the "before" for the new main entrance. Wait til you see the "after!" 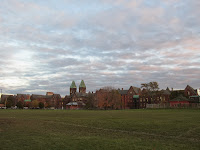 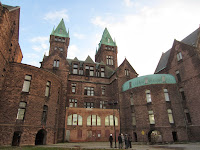 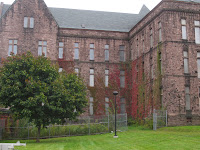 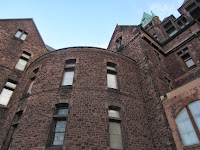 Below: the old pig barn is in the middle of a Buff State parking lot! They've wanted to pave it over but it's being preserved. The whole tract of land that Buff State is on (from the RCC to the river) was a farm that the inmates worked on. The pig barn is all that's left. 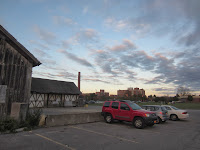 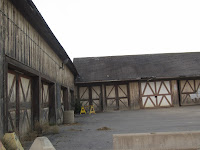 Below: The South Lawn was landscaped and opened to the public this summer. As with most things, it looks it's best with some fall foliage. :-) 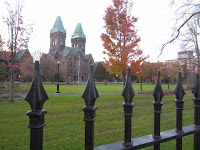 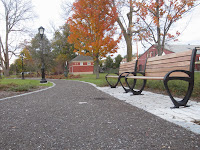 Below: because I do things like this, I went to see it at night as well. Breathtaking! 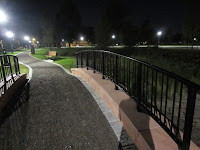 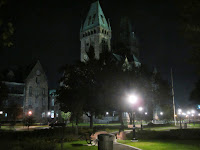 Posted by Unknown at 3:19 PM
Email ThisBlogThis!Share to TwitterShare to FacebookShare to Pinterest